Why, then, do women need power? Because power is freedom. Power allows us to accomplish what is important to us, in the manner that we best see fit. It separates the doers from the dreamers. — Patti F. Mancini, 1989 speech

It is a non-partisan fundraising network to support feminist, pro-choice women in contested local New Jersey elections to empower all women and bring them into full political, financial, and social equality.

Unlike other PACs, which support only candidates who can demonstrate political viability, we want to give every qualified woman a chance to run for local public office. We want qualified women to run, and we don’t want money to be a prohibiting factor!

ALICE, the title of the program, was chosen for our namesake Alice Paul and is an acronym for: Ability, Leadership, Integrity, Choice and Equality.

Although women account for 52 percent of the voting population, they are not represented in such proportions at any level of government. New Jersey ranks 43rd among the 50 states in the proportion of women serving in its legislature. Candidates establish political credibility in part by demonstrating financial strength. Contributions made early in a campaign and aimed at women candidates will increase their chances for success. 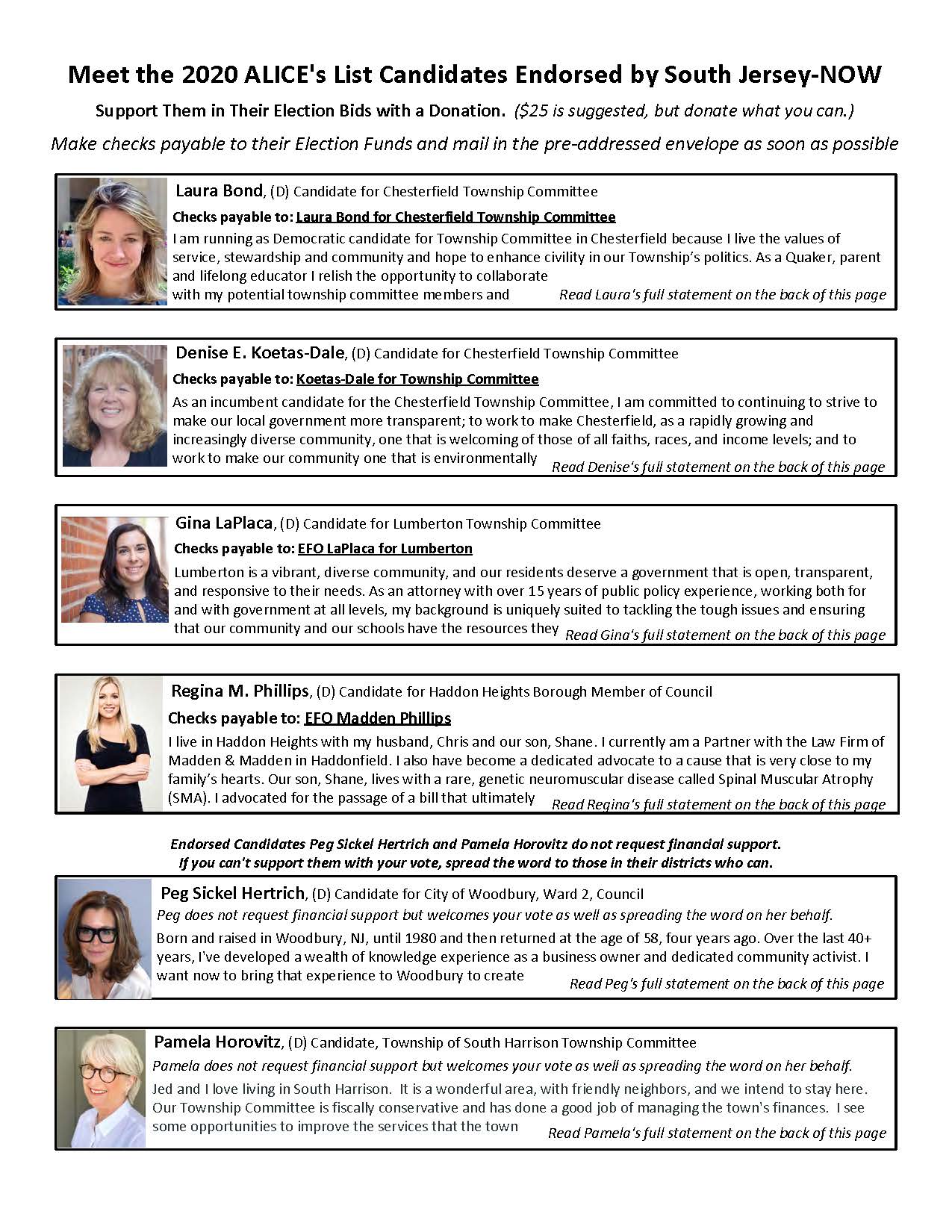 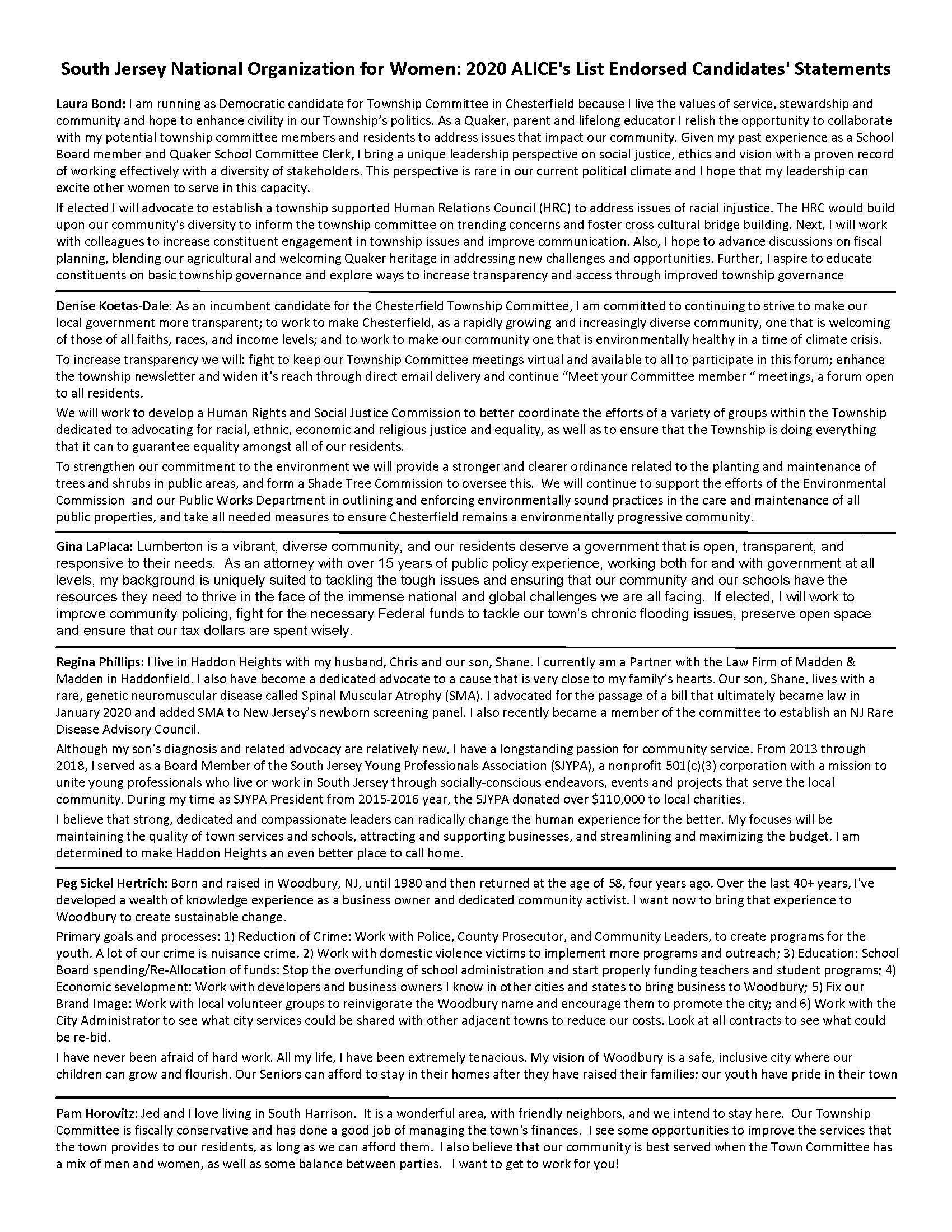 Make a donation to the candidates you support. $25 is the amount we suggest, but you can donate any amount -- no donation is too small or too large! Checks should be written directly to the candidate's campaign, and mailed to: